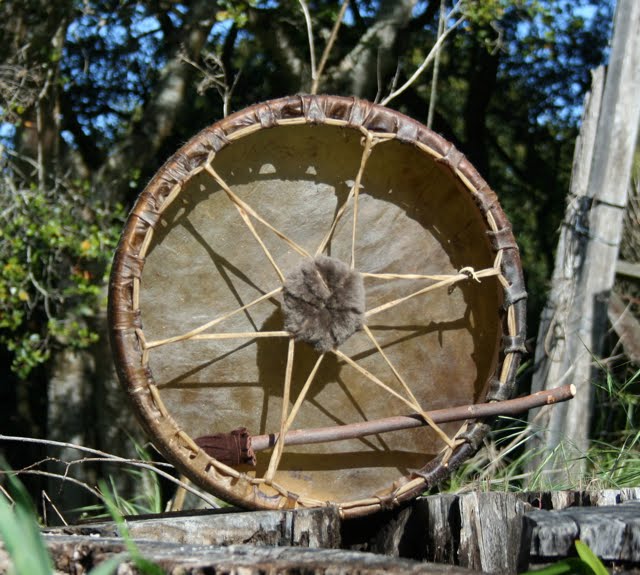 Decades ago a mother lay dreaming in bed next to her terminally ill husband. Facing the prospect of becoming a widow and a single mother of their young children, she was considering returning to her former career as a High School teacher instead of finishing her PHD thesis. It was difficult enough being a woman working towards a PHD in those days, doing it as a single mother and a widow would require an unimaginable effort. That night she had a dream that gave her insight into her struggle, and led her into a deeper mystery that changed her life forever.

In her dream Nina was going back to teaching. Returning to the high school where she used to work, she discovered enormous Amazon Warriors preventing her from entering any of the classrooms. A direct quote from Nina:

“I went to the office of the principal to lodge the complaint that the Amazons standing in the doorways of two classes would not let me in.  I threatened to go (and did) to the principle.  When he saw me (a male figure that I did not recognize) he said:

At this point, he went to the file cabinet and pulled out a map that continued to open and open and open.  There were rows and rows of writing; however, they were blurred and I could not read it.  In analyzing later, I thought that these were the activities of my life that I should not know about yet.  The only thing that was available to me was at the bottom of the page in large simple font: NINA TUCCI-SHAMAN.”

Nina awoke to the sound of her own voice asking her husband and the surrounding darkness, “what is a Shaman?”

Nina was experiencing a call to a sacred practice. That calling has been ringing out for at least as long as we have had language, story and song. It has been heard by people of almost all known cultures, it can still be heard today. It is the call to realize another dimension of existence, and through the wisdom and power gained there to offer healing and guidance to our fellow human beings.

The figure of the Shaman disappeared from the West many centuries ago. Eventually swallowed up in the conflicts of Kings and Churches. The persecution of witches and folk healers exemplifies the viciousness with which we purged our own shamanic traditions. It seems that whenever we came into contact with cultures possessing vibrant animistic practices that included healing and congress with helping spirits, we reacted with destruction and domination.

Though we may claim to be creatures wholly apart from our tribal ancestors and indeed creatures separate from the natural world, our culture contains the fragments of many ancient tribes who lived intimately with the Earth. Lives both tragic and magnificent illustrate the presence of the vestiges of shamanism; the ability to receive visions, dialog with the spirits, experience a spontaneous spiritual journey, relate to the transcendent aspect of the natural world, and participate in miraculous healing. Even through the din of the modern world, the Shamans call can still be heard by some. Not all are called so directly as Nina, indeed many may never understand what is happening to them.

Is there a place for the Shaman in our culture after having been rejected for so many centuries? The very idea of shamanism is rejected by well meaning guardians of indigneous cultural identity. We seem to be addicted to rationalizing away the presence of an authentic shamanic phenomena in any way we can. Sadly I fear we may not survive the looming ecological crisis without the voice of shamanism. Our modern way of life required an epic disconnection from the natural world in order to achieve the current level of devastation. If we are to heal our relationship with the Earth, we need people who experience their very essence as inseperable from the extrardinary, transcendant power of the natural world. The recovery of the natural world and the re-emergence of the shamanic figure are part of the same healing, different aspects of the same journey we must all take together.

Thankfully people like Nina have been exploring shamanic practices in the West for decades. The cultural transformations of the 60’s opened the door for new spiritual exploration, alternative methods of healing, and the continued empowerment of women and ethnic and cultural minorities. The rise of new Earth based spiritual traditions like Wicca, the less biased exploration of indigenous spirituality by academics and spiritual seekers, and the work of seminal organizations like the Foundation For Shamanic Studies (FSS) have opened new territory for those seeking to understand their drive to heal themselves and others through shamanic means.

Over the last twenty years I’ve been privileged to meet, receive healing from, and train with modern Western practitioners of Shamanism. From my first healing it has been abundantly clear to me that something extraordinarily vital and effective has been tapped into. Many practitioners are able to tangibly invoke something deeply compassionate and essentially nourishing to the human spirit, not to mention cure disease and end suffering. We’re rediscovering something so intrinsically valuable I believe it to be a defining quality of what makes us human.

I suspect no coincidence that Shamanism is returning to the West at the same time we are facing the catastrophic impact of a way of life bereft of shamanic guidance. The Spirits are inviting us not only to heal and become empowered in our shamanic work, but also to reweave the fabric of an Earth-wise culture.

Nina went on to finish her PHD thesis, become a college professor and realize her dream of pursuing Shamanism. She suffered incredibly year after year not only the hardship of being a widow and single mother, but also her own health crisis – which for some can be part of a shamanic calling. This work is so rich, so deeply nourishing, once it is engaged its difficult to turn back despite the price we might pay. When last I spoke with Nina she had just returned from visiting her ancestral land of Sicily where the footprints of Goddesses can still be found, and the signs of ancient spiritual healing practices can still be unearthed.

We have made huge strides in understanding this calling since Nina first dreamed her dream. We are blessed with great teachers and the ability to study with indigenous teachers who can trace their Shamanic practices back thousands of years. However, if we are to bring Shamanism to the fore of our culture as a consciousness that guides us in the challenging days to come, we have to unearth its artifacts within ourselves. We can propose eternally the importance of a shamanic world view, but until we’re willing to go deep within, to find the shamanism that lays there, we’ll not be able to embody something that resonates with the uninitiated.

Sharing our personal stories lies at the heart of this re-emergence. Hearing Nina’s story brings to life this journey we’re on and the possibilities it offers us all. We need to realize the shaman has always been there, hidden, blinded and rendered mute by the same forces that are leading us into environmental catastrophe. It is not enough to free the shaman in ourselves, we also need to share our stories of healing and empowerment to reignite the gift of this work for a broader audience. Funny how the simplest, most personal acts, like sharing a story, can prove to be the most powerful medicine.

Here is my story, even as it continues to unfold. It has been touched by many others like me, and like others like me it is messy. I don’t claim to be a Shaman, just a person who finds healing in shamanic practices as I understand them, and who seeks to support shamanism in other modern people as it arises. While I know modern practitioners who deserve the title of Shaman, it is largely a term derived from a community offering up that designation – communities are hard to come by for us modern folk.

I hope you’ll join me on this very personal journey – and notice when an event touches something in you. Its surprising how little you have to dig before uncovering something magical, luminous and intrinsically transformative in your own life.
next chapter: Coyotes Formula For Change – >