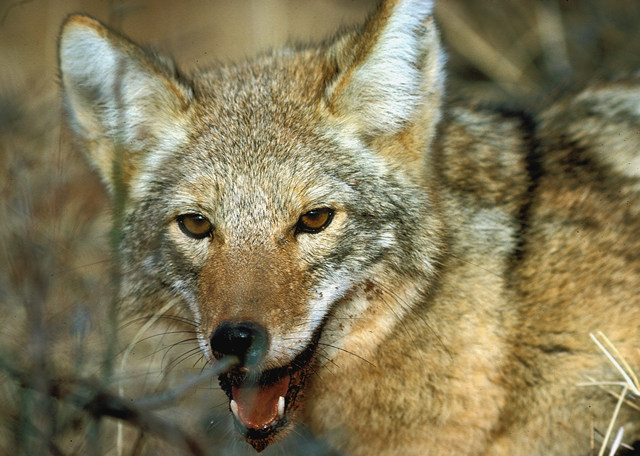 Funny that after living in Santa Cruz California for six years, a town with more guru’s than policemen, I felt completely without spiritual guidance. S.C. had been very good to me. I stepped off a greyhound bus at eighteen after barely managing a civil goodbye to my parents in Utah. For the first year I walked the streets of my new home studying the tops of my shoes, so introverted from my chaotic adolescence I appeared mentally unstable. I couldn’t even get a bus driver to stop and pick me up some days.

In a few years I’d turned my life completely around. Meditation, athletics, a vegan diet and hours of Aikido practice brought me to a place of peace and optimism. My meditation practice had given me some extraordinary shifts in consciousness. The pace and consciousness of S.C. gave me the environment I needed to heal in. Many people who have lived there know it to be an intrinsically magical place, if only for its beauty. I would have stayed forever if I could have, but college was ending, that phase of my life was definitely over.

After graduation and hanging on to my college life as long as I could, spiritual practices I’d invested years in were evaporating around me. My Aikido Sensei ran off to follow his own guru, shortly afterwards my daily meditation ritual turned into a fruitless practice of banging my head against a wall. A vegan diet and years of extreme physical training were starting to take a toll on my body: four trips to the hospital for injuries in three months. Years of healing and spiritual exploration were turning into in a life that was in no way sustainable. It was time for a change.

I trusted I could sense my way towards something sustaining if I could only find my way back to those first steps off the bus. Aikido had come to me just when I needed it. I didn’t even know what it was, just that I had to sign up when I saw it listed in the class schedule. That led to Zen which gave me a series of breakthroughs that changed the way I saw the world, for a time silencing errant thoughts completely and giving me insight into the metaphysical nature of reality. Somewhere the stream of healing and empowerment I tapped into when I first arrived was still flowing, I just had to rediscover it.

We generation Xer’s had rejected spiritual meaning, along with pretty much everything else. As I made a life for myself in S.C. I learned to allow myself to care about spirituality again. I was discarding my knee-jerk jadedness for an authentic naivete, and it felt pretty good. Still we had so successfully deconstructed our own map of paths to spirit, there really wasn’t much left to have faith in. With no religion, no standard historical figures to idolize, no American dream, no sense of divine purpose, what was there to give a damn about?

“A functioning myth is one that resonates deeply within the individual, giving them a sense of what it really means to be alive.” Like many modern spiritual seekers I was touched by Joseph Campbells work. Of course that’s what I and so many of my generation had been lacking, a story of life bigger than ourselves that still had a meaningful place for us. Campbell seemed to be saying there was a way to find your place in the world again, and it could – no – it must be divinely ecstatic. “All symbols must become transparent to the transcendent,” he said. The paths to spirit surrounded us always, despite our sincerest efforts to ignore and defame them. We were still walking through Eden every day.

If I was starting without a myth, perhaps I could turn Campbell’s wisdom inside out and find something that would give birth to a story that worked for me. His discussions with Bill Moyers were based in analysis of known myth. What if you were starting from scratch (or as near to scratch as anyone could start from?) If he had a formula to describe what a funcitoning myth could give you, perhaps I could reverse it to help me discover something authentic. Could I start with something in the world that gave me a deep sense of the sacred and work my way out from there?

Focusing on what was instinctively sacred to me could work like planting a seed: pay attention to it, water it and see where it takes you. This would be my formula for change. I knew I needed something, why not start with what I loved? Animals have always embodied the sacred for me. Its nothing I can explain, I just look into their eyes and I’m brought into an awareness of the mystery and power of being alive. Staring into an animals eyes communicates more to me about spirit than a lifetime of scriptures ever could.

Was there a religion based on animals? I knew of no modern religions that honored animals as sacred, Judeo-Christian traditions barely make room for them. I remember arguing with nuns about whether Dogs had souls and got to go to heaven. Of course my dogs have souls – are you nuts!? I knew Gods and Goddesses were at least part animal in some Eastern religions, but that really didn’t excite me. I started to cast about for clues to a new path.

During one of my frequent hunts at a local bookstore I found a used book of poetry and sacred story devoted to animals. Drawing on modern writers and ancient indigenous lore the collection spoke to the mythic dimensions of animals. I resolved to clear my head and read a chapter each night before bed until I made my way through the entire book, just to see what would happen. Turning this into a practice just might help me find a new way. Seated at my mediation area I opened the book at random to a poem about Coyote. I read it aloud and then headed for bed.

“HOOOOOOOOOOOOWWWWWWWWWWWWWWWWLLLLLLLLLLLLLLLLLLLL!” I felt like my head had been cut off, filled with hysterical laughter and put back on upside down. I sat up out of a dead sleep crying out like a coyote. After reading the poem and turning out the light, night had passed in the blink of an eye. Pulling the covers aside I realized I was naked, though I’d gone to sleep wearing underwear and a tee-shirt. My face felt strange – spongy, like it was filled with helium. Had soemone stolen my face?! What the hell happened?

I had to look at my reflection in the bathroom mirror. Pulling on a robe for my roommates sake I passed through the kitchen on my way there. Thats when I noticed my underwear hanging on the refrigerator door. A joke left by the Coyote. Pocketing the article of clothing with fear (what else had I done?), I turned the corner to the bathroom.

The face in the mirror was not one I’d seen before. His eyes were bright yellow headlights perched haphazardly above a crooked, grizzly grin. Coyote had stolen my face and replaced it with a crazed clown while I slept.

I tried to pull myself together. Massaging my face I strained to remember anything that happened during the night. Its like the universe slipped me Coyote drugs in my sleep. What the hell happened?! Nothing. My head was as empty as a balloon. As my roommates found their way into the living room it was obvious they had fared worse than me. One was up from dusk until dawn vomiting. Another awoke to find clothes lurching toward her out of her closet, presumably to attack her. The third saw a menacing hand descending from the ceiling towards him before leaping out of bed and escaping into the living room to join us. None were given to flights of fancy, two out of three had no interest in the metaphysical at all. It seems the Coyote had not restricted its play to me alone.

I don’t know if Coyote ever gave me my original face back, I just know my life was never the same again. The lid had been blown off. I remember a moment when I felt an explosion in my head, the damn broke and hoards of spirits (animal, mythical and otherwise) cheered as they stampeded through my mind. I was flooded by months of uninterrupted dreams and visions. My little formula had certainly worked. The Animal Spirits were out and they were never going to go back in.

Awake or asleep it didn’t matter. I didn’t need to read the poems anymore, the animals just started showing up. One night it was a skunk, the next day hawk, the next a bear who nursed me at her breast day after day – all I had to do was close my eyes and I could feel her fur and warm milk flowing down my throat. The bear was the most persistent. I had strange dreams where a male nuzzled me. I wouldn’t find out its meaning until I met the Coyote again, this time in human form, years later.

There were times when the animal spirits came into my body, taking over. Standing behind the counter at the liquor store where I worked I suddenly became a bear, towering over my customers, eyeing them with menace and distrust. Stretching in the morning a snake would enter my body and ripple through my spine like sweet syrup. During these experiences of shared body everything took on new meaning. The bear saw the space between things as if it were tangible fabric, birds sensed possibilities in the air, squirrels chattered over their food.

I was given entry into a numinous dimension of life. One in which every aspect of the natural world could be a teacher and lead me on an adventure deeper into myself. The Coyote left no doubt that my journey would be completely unpredictable, and likely not very safe. Who knows if I would survive what was in store for me? Joseph Campbell was really onto something though. If you’ve tapped into something that gives you the feeling of what it truly means to be alive, you’d have to be crazier than a Coyote to turn away.

I never journaled about these experiences while they were happening. I was barely able to make it to work and function throughout the day. I never really shared the scope of my experiences until today, perhaps for fear of being labeled insane and thrown in an asylum. Those who truly embody the wildness of our spiritual potential are not often well received in our culture.

These experiences I was having could only fit into the world of shamanism as I came to understand it. I didn’t know what they meant, or where they would lead but I knew that if I followed this invitation it would inevitably lead to courting these spirits more deeply. Was shamanism a religion? Was it dangerous? Who could I call and ask? I had lost everything that was an anchor in my life, not much else to lose. The game was on, I was all in.

< – back to introduction – next chapter: The Shaman And The Samurai ->

One thought on “Stepping Over The Edge: Coyotes Formula For Change”