The event that turned the tide was completely unexpected but uniquely American: fireworks. When we first moved 1/2 hour South of Santa Cruz we suffered culture shock. Our neighborhood, it turns out, is called “Little Mexico”.

“Yeah,” a local said to me, “the people who live out here are hicks and” pausing to take in my middle aged guileless face, she opted out of the word that made her sentence rhyme, instead finishing with “Mexicans.”

If we had checked out our new home at night we might have never bought it. Next door, thirty farm workers were crammed into a decrepit factory made shack that looked like a wooden double-wide trailer assembled by Jed Clampett with thumbtacks a hundred years ago. Someone had their name on that lease, most of the people crammed in there would only spend a few nights. Harvest season changes the face of our neighborhood.

The septic had of course gone bad, making the open space that wrapped around our houses the only available toilet. Cars that could barely run trundled up our road constantly, overflowing with sun beaten workers. The parties at night were the worst, everybody had to park their car with music blasting and doors open. I hate Mexican tuba music.

Language was the first barrier. Many of the people in our neighborhood don’t speak English. Spanish was one of my many failed language attempts. The absence of communication didn’t result in hostility, just a habitual distance… except for the guys raising fighting cocks down the road, but they’re hostile to everyone.

The previous owners of our place defaulted on a ridiculously inflated mortgage. The company that held the defaulted loan soon discovered (via mail, they were in Alaska so I’m sure they never saw the property), that three illegal dwellings had to be removed. The ramshackle cabins likely housed their own bevy of workers. A faded picture of a child stuck to a plastic cross bore testament to family, poverty, work. We’ve found many such clues to the lives that made their mark here.

Before we ever saw the property somebody in a suit picked up a phone and hired the cheapest company to rip out every illegal building leaving glass, septic lines, and all manner of human detritus mixed into the sandy soil. So long as the property looked fine from Alaska everything would be OK. After watching my wife spend months picking glass out of soil with our son strapped to her back, I was ready to abandon political correctness and start cursing everyone involved. Big business, local government, illegal aliens, renters – everybody but me was on my shit list. Good bye politically correct liberal, hello Angry White Man! Pass me a tea bag.

A couple of dozen phone calls to code enforcement later and the owner showed up next door and reigned in the tenant who was renting a few square feet of floor as bed space (probably for a ridiculous price) to the pour souls who pick our food. The septic was fixed, the open air toilet gradually cleaned up, and the music eased a bit. The population dropped from thirty to a more reasonable ten. I began to have hope that I would not have to start attaching tea bags to my garden hat.

Two years rolled by and the land was producing food, healing itself and us in small ways. I realized my son would eventually connect us with our non-English speaking community members. Children exert enormous gravitational fields in our neighborhood. Birthday parties, bounce palaces, BBQs, laundry businesses, baking businesses, childcare businesses, aunts, uncles, bikes, trikes and dogs dogs dogs all circle like a never ending asteroid belt. Settling one day here, another day there, it didn’t really seem to matter whose house it was or what parents were around. Everyone is related.

I began to have fantasies of slipping our son into an idyllic and inexpensive universe of childcare. I was looking forward to finding out he’d charmed his way into dinner somewhere down the road. He’s skinny, maybe they’d think we were starving our strangely Latino looking kid. I’d knock on the door nervously, gesturing frantically that I’d lost my son only to be welcomed to a table overflowing with food and a happy son stuffing his face at his new home away from home.

It started with walks down the road to the mailbox. “Honey make sure to smile at Dimetre. He still won’t look at me when I drive by. Maybe you and Tadg can loosen him up.” Toddling along Tadg would smile broadly at everyone, giving his instinctive country wave: one hand raised, fingers spread wide floating in the air for a moment awaiting some sign of friendship. If that didn’t work he’d flash those tiny white teeth, “hi…HI…..HIIIIEEEYYYY” until he got an answer. Apart from being a happy kid he’s also of El Salvadoran ancestry. Angry White Men call him an “anchor baby.” A child born in the US of illegal immigrants. I’m pretty sure all of the older people on my Dads side of the family were Irish “anchor babies.” That must make me an Irish Anchor American.

The people next door made their own efforts in our direction. The sister-in-law of the owner (Wendi was her name…but not really. That was her name for us and the sheriff) moved into the garage with her husband and little girl. Somebody gave her the job of getting the new gringos to chill out and stop calling code enforcement every time someone drained the Tide filled washing machine out on the front lawn.

After spending a day in the fields or shuttling workers to pick, she’d knock on our door with strawberry’s harvested that day. Not knowing how to say, “thank you so much but these strawberry’s were soaked in pesticide so I’m not letting my son near them” in Spanish, we gratefully accepted every gift. We must have thrown out a hundred pounds of hard earned fruit in a month.

Both parties – US and THEM – made progress. The smiles appeared more frequently, but doors remained closed. That was until Lance started lighting off fireworks yesterday. Ivan and Lance are Tadgs honorary Uncles and the friends we call family when we’re opening our doors for dinner. If Tadg doesn’t get to smooth talk desert from their plate or tell them stories about his trains every few weeks things start to feel funky.

This was to be Tadgs first exposure to 4th of July fireworks. With a few fist-fulls of marginally legal fireworks, four adults well on their way to the third bottle of wine made their way into the dirt road. After the first small explosion we were surrounded by fifteen or more neighborhood kids.

Wendi had organized the first large gathering at her property since we started calling code enforcement. At least ten cars shuttled a dozen or more big families were at her 4th of July celebration. The kids overflowed into the street, engaged in an all age soccer game. Our modest explosions were more interesting.

If you’ve ever seen kids at the ocean you know all you have to do is bring most children to the waters edge where waves are crashing and hysterics instantly follow. Fireworks are no less magical. You’d swear the first sparkler my son held was injecting joy straight into his veins.

We were impressed by our cache of minor explosives. Colors, sounds blew two or three feet in the air. Of course everything was over in five minutes but not before Lance and Tadg had shared sparklers with just about everyone. The bond was made. Deeper than nationality, perhaps even stronger than blood, explosions had born a new tribe.

“Tiieeem….Tieeem.” Wendi called from next door not one minute after our display was done. “Come come come….Tieem.” I poked my head around the corner. Standing at the top of the hill one kid, backed by Wendi motioned to me. The boy spoke English – “come watch, we’re about to set off our fireworks!” This was it, the chance I’d been waiting for.

Terry was a little dubious, she hung back with Ivan to lock the dog in the house. Lance, Tadg and I made our way up into a party in full swing. A small card table held stacks of money and bigger piles of fireworks. The only sign of US culture was the dozens (was it a hundred) Budweiser cans littering the driveway. Most of the men sat around a table playing cards like tomorrows rent depended on it. Everything else was the chaos of kids and Moms everywhere. We had just crossed the border into Mexico.

Wendi was not only the fire marshal, apparently she was in charge of every kid and a few adults. Shouting out orders in machine-gun Spanish she organized a circle in which the stack of fireworks, some the size of fire logs you buy at the supermarket, would be let lose. Each family ponied up money for the explosions, and perhaps the beer. I imagined Wendi was wondering if we would call the cops until she saw us gathered at the bottom of her driveway swaying a little and handing children lit sparklers that spat orange plumes of jet fuel. That was all the guarantee she needed to let loose the mayhem.

Tadg took off into the crowd and was only distinguishable by his long raggedy hair amidst his cleaner cut new friends. Terry and Ivan soon arrived, we all exchanged wide eyed glances of excitement. From the other side of our wall we couldn’t see the small village that popped into being a few hours ago. Now we were in the middle of it.

As darkness finally fell the next hour unfolded in smoke, sparks, explosions and the joyful screams of children transported to an extraordinary world where parents created chaos and handed them blazing things that might blow up in their face at any moment. Some of the men abandoned cards and laughed with their little ones, some of the Mothers scolded occasionally, but most celebrated.
I went back home to heat our red white and blue desert (strawberry short cake with blue berries and blackberries), returning with our dog Bella on a leash. Wendi was still in charge, the fireworks were getting bigger. Like the Ocean, fireworks communicate a sense of danger combined with pleasure that connected everyone. Wendi was carefully building the mood to a peak of hysteria.
When I was a kid we lived in Washington DC for a summer. It was the first neighborhood of mixed ethnicity I’d every lived in. My Dad and one of the Korean fathers rolled a wheel barrel full of fireworks into the street and lit the world up. When I saw the them coming up the hill I could barely stay in my skin. That used to be my favorite 4th of July, last night it was bumped to number two.
This time we were the minority family. I’ve never been more proud celebrate the 4th with so many wonderful Americans. I left before the last pop – Bella was a little spooked and I wanted to plate the desert. I didn’t bother trying to say goodbye Wendi, I didn’t need to. We are neighbors now, not just strangers who live next door to each other.
Image “Old Glory” by Beverly & Pack via Flickr, used under a Creative Commons license. 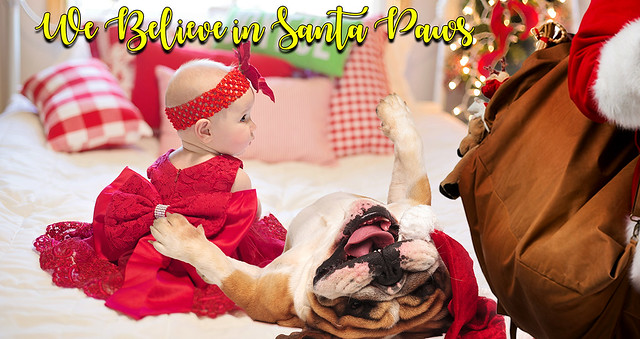